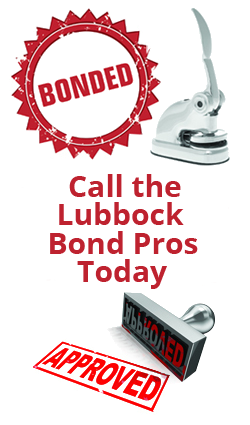 Pick up the Phone and Call the Bond Gurus at Pro Surety Bond! We specialize in all types of Contract and Construction Bonds including Payment and Performance Bonds, Subdivision and Off Site Bonds, Bid Bonds, License and Permit Bonds, Court Bonds, Fidelity Bonds and all types of Miscellaneous Surety Bonds. There's no better number to call than 800-314-7003 when purchasing a surety bond. Great service is all in a day's work for us! Call the Lubbock Surety Bond Pros at 800-314-7003!

Call 800-314-7003! What is a surety bond? Surety bonds have a number of applications, but they all work according to the same principal: they guarantee that you will fulfill a promise that you have committed to. Let’s say you are a beer distributor, an industry that has regulations which govern the way you conduct business, at least with regard to how you handle your beer. Regulators won’t give you a license until you have bought a surety bond, because the really want something to back up your word to follow those regulations. The government requests the bond, you buy the bond from the bond producer, and the bond producer makes sure that the government is covered in case of default, with the coverage coming in the form of a temporary loan to cover the default. Pro Surety Bond has over 25 years of combined industry experience, making it happen by finding the most rates that are easy on the pocketbook. Call us today even if your credit isn’t great. We have a program for most bond needs. Call 800-314-7003!

If you are bidding on public projects for the City of Lubbock you may be required to post a Bid Bond. The Bid Bond guarantees you will be able to provide the Performance Bonds required in the event you are the low bidder. In essence the Bid Bond pre-qualifies you for the work you are bidding on. Not all jobs require bonding but if they do we can assist you with Bid Bonds, and subsequent Performance and Payment Bonds as required by the state. Please call the Contract Bond Team at Pro Surety Bond for more information.

Click Here for Bidding Opportunities for the City of Lubbock

Lubbock, Texas is a town in the western part of the state and is the county seat of Lubbock County. Lubbock was named after one Thomas Lubbock, a former Texas Ranger and brother of the former governor. Its original name was Yellow House Canyon, known today as Old Lubbock, but was eventually incorporated in 1891 with its new name. Today Lubbock is at the crossroads of the culture of West Texas. Its nickname, Hub City, refers to the centrality and importance that Lubbock has in terms not only economic, but educational and in terms of health care.

Lubbock was selected as the 12th best place in the United States to start a small business, according to CNNMoney.com, mostly due to its low commercial rents, centrality and business friendly government. Lubbock is also known and has long been known as the largest contiguous cotton growing region in the world, although this industry is heavily subsidized. The largest employers in town are Texas Tech University, Covenant Health System, Lubbock Independent School District and the University Medical Center. To round out the economic diversity is a large selection of retail businesses and open air shopping centers. Call the Lubbock Surety Bond Pros Today at 800-314-7003!

I’m having trouble getting bonded. Are there any governmental programs that can help me out? You’re in luck! The Small Business Administration has a several programs that offer loans to those who can’t meet their bonding requirements. To be eligible for a construction bond loan for instance, your business must be classified as a small business; it must meet character evaluations other than the ability to get bonded; the risk of contract default is small; the project must not exceed $6.5 million; and the bond is a requirement for receiving work. Give us a call at 800-314-7003

The Surety Bonds We See Most Commonly in Lubbock, TX