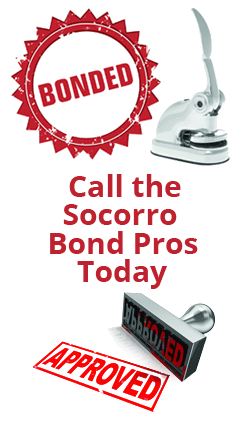 Some of the best priced Surety Bonds are available at Pro Surety Bond. We specialize in all types of Contract and Construction Bonds including Payment and Performance Bonds, Subdivision and Off Site Bonds, Bid Bonds, License and Permit Bonds, Court Bonds, Fidelity Bonds and all types of Miscellaneous Surety Bonds. You’re in good hands when you call 800-314-7003 We have more than ample experience to serve you. Call the Socorro Surety Bond Pros at 800-314-7003!

Call 800-314-7003! What is a surety bond? A surety bond is a guarantee, fulfilled by a third party. Let’s say you are a game warden in Texas. As an enforcer of the law a game warden needs to take an oath purchase a bond to back up your oath. If a warden does not fulfill his obligation, a claim may be made against the bond, with the surety company accepting responsibility for making sure any indemnities are paid, in the form of a short term loan offered to the game warden. Pro Surety Bond has over 25 years of combined industry experience, rooting out the best rates we can find, even for those whose credit has seen better days. We have a program for almost everyone. Call 800-314-7003!

If you are bidding on public projects for the City of Socorro you may be required to post a Bid Bond. The Bid Bond guarantees you will be able to provide the Performance Bonds required in the event you are the low bidder. In essence the Bid Bond pre-qualifies you for the work you are bidding on. Not all jobs require bonding but if they do we can assist you with Bid Bonds, and subsequent Performance and Payment Bonds as required by the state. Please call the Contract Bond Team at Pro Surety Bond for more information.

Click Here for Bidding Opportunities for the City of Socorro

The City With A Mission

Socorro is a city in El Paso County and it is the 93rd most populous city in the State of Texas. The city was established in 1796 by Scamaz and Piro Indians fleeing the Pueblo Revolt in New Mexico, and in fact was named after Socorro New Mexico where the Indians had originated. The name means “aid” or “succor” in Spanish due to the helpfulness of the Indians in that city. The Spaniards established several churches on the spot, but the first two were washed away by the Rio Grande, with the current structure dating from 1843. The city was part of Mexico from 1821 to 1848, but went over to Texas because of the Mexican-American War. Today Socorro is part of the El Paso Metropolitan Statistical Area.

Socorrans are a tough bunch. When Socorro was growing, the railroad decided to pass up their city, and over time newer and bigger farms overtook the Socorro farmers, such that the town dwindled to 350 by the beginning of World War II. Most places would become ghost towns, but by the 1960s, the population began to expand. A band of fraudulent developers built homes on land without streets, sewers or any infrastructure, at which point El Paso County decided to take over the town and annex the entire thing. An uproar followed and Socorro reincorporated.  Call the Socorro Surety Bond Pros Today at 800-314-7003!

How long does it take to get my surety bond? Typically your bond will be in the mail the same day you submit your application. If there is a credit check necessary, or any other background checking needed, an extra amount of time might be necessary, but usually not more than 24 to 48 hours. Once you get your bond, the wet signature version will need to be submitted to whatever governmental body that requested the bond. Notarized signatures from the principal may also be necessary.

Pro Surety Bond Is Your Final Destination In Socorro

What happens if a claim is made against the bond? In the event of a bond claim, the bond provider will first investigate whether there is a valid claim being made. This is good for you obviously, because it requires that the obligee, i.e., the bond requirer, document all facts about their case. You might also be contacted for your side of the dispute. Keep in mind though, that even though you are the purchaser of the bond, you are not the customer, the licensing body requesting the bond is the one who has to be pleased in the end. Give us a call at 800-314-7003

The Surety Bonds We See Most Commonly in Socorro, TX